I have been watching the Jelastic Cloud for almost a month and finally I gave it a try last week. The team behind Jelastic did all the ground works for us to get up and Running with Railo in their environment. I have configured Railo and created a sample job search application railoweb.akbarsait.com and hosted it in their Cloud in just 10 minutes time.

There are many ways out there to automate the backup process of SQL Databases. I have been using some of them over the time and was found something missing in it on the functionality side. Quite recently I started using the MySQL Backup FTP tool which is really handy and I would say it does the job perfectly on taking the databases backups.

Railo 3 Beginner's Guide by the amazing Railo Team members Mark Drew, Gert Franz, Jordan Michaels and Paul Klinkenberg is released by Packput on Dec 16, 2011. As stated by the title itself the book guides you about each and every steps you need to know about Railo Server and developing Application using it.

Last week I finished reading Designing Web Interfaces co-authored by Bill Scott and Theresa Neil and published by O'Reilly. The book is not about the visual design or information architecture but it talks about the standards for interaction design, patterns and principles for creating Web sites.

I'm a big fan of CFQuickDocs.com and I use it often for referring the attributes and parameters of the ColdFusion tags and functions. CFQuickDocs is already having plug-ins for Firefox and IE but not for the Google Chrome browser. So the Idea came yesterday to me that Instead of going to the CFQuickDocs site every time to refer something on ColdFusion why don't I create a Chrome Extension for it? So to make it simple I created the ColdFusion QuickDocs Google Chrome extension.

Google announced the Second anniversary for its Chrome browser today and I'm sure that Chrome has entirely changed our browsing experience in many ways. I've been using Chrome as my default browser from the day of its release because it's faster than Firefox, it's starts quickly, light weight, number of very useful extensions for developers, utilize very less CPU memory and many more.

Last week I have finished reading High Performance Web Sites by Steve Souders and published by O'Reilly. I've been reading this book for the last two weeks and have learned many things on about how to improve the performance of websites and its response time to the users. 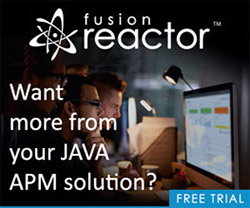